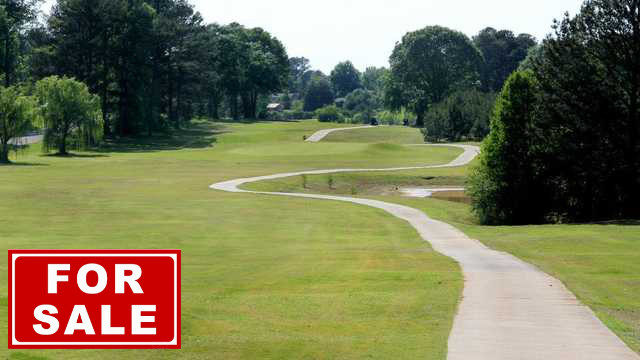 Jacksonville’s golf course is up for grabs and set to close next month if it is not acquired before then.

Keller Williams Realty recently listed the family-owned Stoney Brook Golf Course for sale for $799,000. Renda Jaskowski, who operates Stoney Brook with her husband, Bob, said the course will close on November 1st, if nobody buys it.

“We see a lot of people wanting to move over that way,” Angel said, referring to housing developments near the schools. “Certainly we’d love to see the whole course stay, but it would also be a good place for new construction.”

Angel said Keller Williams has been contacted by several people interested in the property.

Jaskowski’s parents, Frank and Merl Wade, have owned the golf course since 1984. Jaskowski said she and her husband have run the facility for the last 15 years, since her parents live in Texas.

The course first went up for sale in March, though it was just by word of mouth, according to Jaskowski.

“The golf industry has declined in Calhoun County and is not growing,” Jaskowski said. “Young people are not picking it up and lifestyles are a lot busier now.”

Jaskowski said she believes a new course operator with some fresh ideas could turn Stoney Brook around. And if not, a land developer could use it, she said.

“The land is right by the schools and the new public safety complex,” she said. “The land is premium land.”