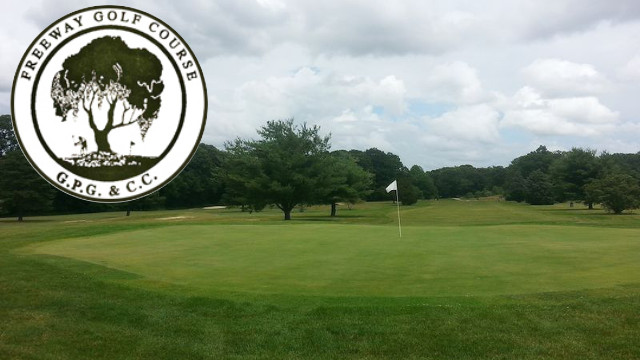 An investment of $250,000 made them the first African Americans in the country to own an 18-hole course. In the years that followed, it became a model for other black-owned golf courses across the country and a site for some of the sport’s most important competitions , including the first Sammy Davis Jr. Open, now known as the Travelers Insurance Championship.

Today, the course stands abandoned, with ant hills overtaking the sand pits and angry red weeds growing to calf height. The parking lot is empty . A bar and clubhouse towards the front of the property used to play host to prominent athletes such as Jim Dent, Lee Elder, and Willie Mays, is locked, one of its windows cracked and another boarded up.

Freeway Golf Course has been up for sale since February, the last round played there was in late November. For those who played the historic course in its prime, the abandoned stretch of grass is a great sadness.

“I do miss it. And the whole population that used to play there misses it, as well,” said Joe Thomas, one of a dozen shareholders now responsible for the property. Though he continues to play golf, he said he no longer has a “home course.”

Thomas, 50, remembers learning to play golf on the course 30 years ago, when it was a safe haven for black golfers who often weren’t accepted into other clubs in the area.

But progress in racial equity took its toll on the course. When other golf clubs became more accepting and more courses popped up in the area, Freeway lost a large chunk of its business.

Freeway has received several offers, but so far no deal has been closed. The property was originally listed at $2.4 million, but the selling price will likely be lower, Thomas said.

Jerry McCarthy, the broker working with the property, said it bhas been particularly challenging to find a buyer who will maintain the site as a golf course, the future that board members prefer.

“That’s our wish,, but it’s not limited to that,” Thomas said. “I’m a hope-driven guy, I think it’s possible.”

Even more difficult would be selling to African American buyers, to retain the course’s historic pattern of ownership. But Thomas pointed out that this could have advantages for a buyer, too, as the site might draw business thanks to its historical significance.