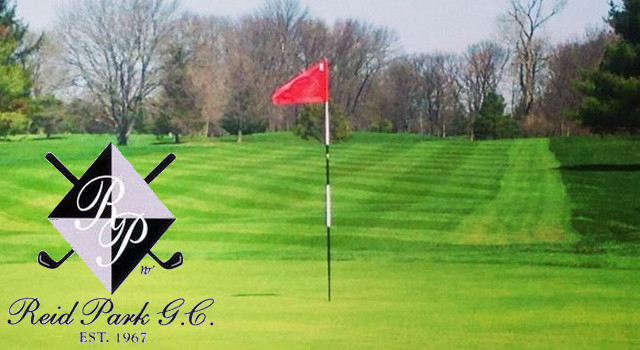 Some Springfield city commissioners want action soon on the proposals to lease Reid Park Golf Course to a private management company, but city staff members said it will take time to work out any detail.

The city of Springfield wants to get out of the golf business and received two proposals to take over its 380-acre property at Reid Park Golf Course, both from groups who want to keep it open. The proposals were submitted earlier this month, but commissioners have heard nothing new since then, Springfield City Commissioners Kevin O’Neil said.

“The golf courses are an amenity to this community, no different than the ice arena or the pool or anything else,” O’Neil said. “There are people who would like to know, that utilize this facility, what we’re going to do … We’ve got very capable people that would like to manage our golf courses on our behalf and I think this commission needs to direct staff to bring us a recommendation and get it done before we lose them.”

A request for proposals was posted on the city’s website in late July and the deadline to submit proposals was Sept. 2. City staff members opened the proposals in early September, but set no timetable for when or if they will make a decision on them.

The city has spent more than $1.1 million subsidizing its golf courses between 2012 and 2015. City commissioners decided it can no longer subsidize golf due to its budget constraints, according to the request. The city will ask voters for a 0.4-percent earned income tax increase on Nov. 8.

According to an appraisal completed last month, the Reid Park property is valued at about $2.2 million. It includes two, 18-hole courses, service and maintenance facilities and a recreation park with shelter houses, restrooms and woods.

The city should move faster to not keep interested parties waiting, O’Neil said.

“The time is fleeting,” he said. “we’re going to have snow on the ground before we know it.”

City staff members have followed up with the parties since the meeting, Springfield City Manager Jim Bodenmiller said. A time frame wasn’t provided because he didn’t want to mislead commissioners, he said, and there’s several details to work out.

I don’t know how long it will take to work through it .. it’s not as simple as signing a one-page agreement,” Bodenmiller said.

One of the proposals is from Springfield attorney and former golf professional Alan Collins and former Naional Trail board member Jim Kincaid, a PGA golf professional. The group proposes to lease the facility and equipment for three years at a cost of $1 per year, including keeping a superintendent on the city’s payroll.The group also wants the city to remove water and storm sewer fees, aswell as property and income taxes for the lease period.

Collins, the son of former Reid Golf Pro El Collins, was in discussion this spring with the city about a lease deal for the courses, but the city opted to seek more proposals out of fairness to the rest ofthe community. Collins reached out to Springfield Finance Director two weeks ago and called Bodenmiller on Wednesday to discuss the proposal. The parties are expected to continuing negotiations, he said.

The other proposal came from Tango Kilo Golf LTD, which says it has 50 years of golf experience. It also wants to have water, sewer and property taxes abated, as well as a release from city or union employee obligations, the proposal says.

That group has proposed three, five-year lease periods, including a $50,000 payment from the city for the first three years, and $25,000 for the fourth and fifth years.

The current proposals will be too costly for the city and must be negotiated, Springfield City Commissioner Karen Duncan said. The city cannot afford to continue subsidizing golf, she said.

“The way we stood, it didn’t look to me like it was anything we could endorse,” Duncan said.

O’Neill agreed the proposals must be renegotiated, he said, but city staff members haven’t done it yet. Private enterprise can make it a good place to play, he said.

“I’m aware that this city has more on its plate than its golf courses,” he said. “This has been a thorn in our side for over 15 years. I don’t want to see it close. If we can possibly get this worked out, we need to do that, not procrastinate and not keep people hanging on the rope if we’re not going to do it.”

“I do think we need some type of update or report,” Martin said.

General Old Golf Course could close due to housing project