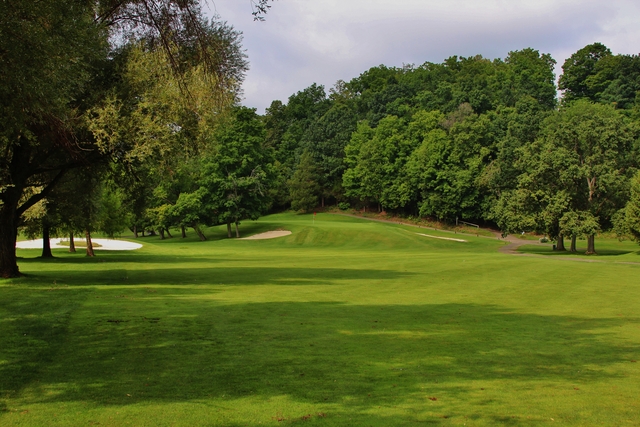 Vernon – The township’s continued quest to rebrand itself as New Jersey’s four-season recreation community got a boost on Friday with the news that the former Great Gorge Country Club golf course will reopen next spring under the new ownership of Mountain Creek.

The golf course, which had been in foreclosure after being closed the last two years, was acquired from creditors earlier this month for an undisclosed sum by the same family-owned entity that acquired Mountain Creek ski resort and waterpark in June 2015.

The transaction followed an Aug. 31 sheriff’s sale in which Boiling Springs Savings Bank took back the golf course after a $10.3 million judgment was entered against its prior owner, Shinnihon Corp. of Japan, for defaulting on a bank-held mortgage on the property.

Jeff Koffman, CEO of Mountain Creek, said Friday that the family coporation led by him and his brothers, David and Steven Koffman, was intent on integrating the golf course with their other plans for Mountain Cree.l.

He declined to identify the purchase price for the golf course but say they acquire the outstanding loan on the property at a discount from the bank,

An exact opening date for the golf course has not yet been determined. “That’s going to be up to the weather,” said Jeff Koffman.

He said, however, that memberships to the golf course, which will be renamed “Great Gorge Mountain Creek,” would begin going on sale this week. The golf course will also have a new phone number going live this week at 973-846-8692.

“It’ll be another great amenity for Mountain Creel<" he said. "From what we've heard, Great Gorge used to be the preeminent golf course in Sussex County and one of the top ranked courses in New Jersey, and we have every intention of bringing it up to those standards again." The golf course, said Jeff Koffman, will also enhance the year-round appeal of Mountain Creek's other attractions including what he described as a "world-class winery, clubhouse and event center" they plan on building on the old Sammis Farm property located nearby. The Koffmans have previously said they intend to invest about $50 million in the resort over the next five years. "We also look forward to hosting a lot of not-for-profit charity events as well as corporate events," Jeff Koffman said. "We believe in this community, and Mountain Creek wants to be very focused on being a good neighbor and supporting our local community any way that we can. The 27-hole golf course, which opened in the early 19780s, had formerly been associated with the Great Gorge Playboy Club, which later changed hands several times and was renamed Legends in 1998. The former Legends hotel has since closed except for about 60 people who have taken up long-term residence there, but the golf course remained open until two years ago under the management of Crystal Springs Resort in Hardyston. Koffman said he would like to see the former Legends hotel reopen in some fashion and has been communicating with its current owner, HIllie Meyers, president of the Metairie Corp, to explore how they can work together. It is unclear how such planss might impact those who bought and still own condominium units at Legends and their tenants, who are now living with the threat of eviction by the township for alleged zoning and fire code violations. The township told most of them last month that they had to leave within 30 days. Koffman said, however, that it is in everyone's interest including Mountain Creek's to see the hotel restored to its former grandeur. Koffman said, however, that it is in everyone's interest including Mountain Creek's to see the hotel restored to its former grandeur. The Koffman family, whose roots are in Binghamton, N.Y., has a long record of success in the hotel business going back several decades, and Jeff Koffman said he would like to extend any help he can to the ownership of Legends. "It is our extreme desire to see the valley flourish, and we want to assist Hillie (Meyers) in reopening as a first-class hotel because it's synergistic with the other things we're doing and it would add another 500-plus hotel rooms to the valley," Koffman said. "We're both completely independent of each other, but it's part of our policy of being a good neighbor and any way we can help, we will."