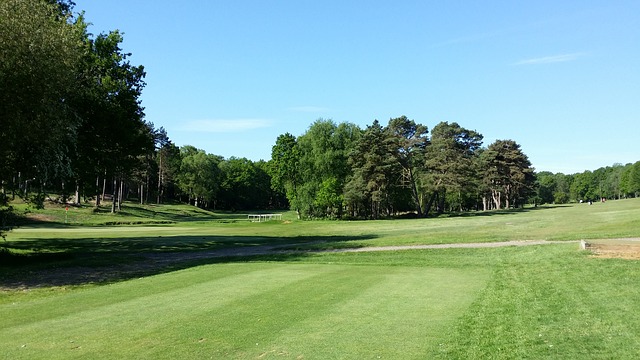 Fewer people have been playing at the Oceanside Municipal Golf Course in Recent years, and now the city has to provide a little green to subsidize the operation.

Doug Eddow, the city’s property manager said, that it seems to be part of a larger trend in the game of gold.

“We’re doing as much as anybody else, there’s just a limited number of golfers,” Eddow said.

During the City Council’s annual budget workshop held last month, City Manager Michelle Lawrence said the city should earmark about $97,000 in the 2016-17 fiscal year to subsidize the golf course.

Eddow said, the facility has been operating at a deficit the last two years and using reserves from previous years to get by.

Eddow said he requested the $97,000 for the coming fiscal year in case revenues don’t improve. If play picks up and revenues recover, the golf course may not need to spend the money, he said.

The costs to run the golf course are relatively fixed but revenues can fluctuate significantly. Officials anticipate the number of rounds played will drop by about 1,000 based on recent year trends, Eddow said. Rounds at the course range on average about $30 to $35.

“It’s like flying an airplane,” Eddow said. “There are fixed costs to fly the plane whether there’s two people on board or 200.”

Councilman Chuck lowery said he was concerned about the falling revenues and is looking into the situation. He said one possible remedy is to raise rates.

“Last weekend, I talked with people who are golfers at the municipal course,” Lowery said. “They told me that compared to the prices that private courses charge, the city could raise the rates by about $5 per round and it would not impact the player’s ability to play.”

On the other hand, Eddow also said golf has become a very competitive market because people are using computers and smartphones to compare prices.

Councilman Jerry Kern said the municipal golf course should be seen as a city amenity, like a park or the municipal pier, which cost money to maintain and provide to the public. But if the golf course continues to lose money year after year, it will be up to the council to decide whether to continue to subsidize it, Kern said.

“We’ll have to see what happens,” Kern said. “I don’t know what our options are. If we closed the golf course and turned it into a park, we’d still have to pay for water (or) the decision may be that it’s a public benefit and we keep it.”

Golf courses all over the county have struggled to attract new players in recent years. Since 2012, numerous courses in Bonsall, Fallbrook, Escondido and Rancho Peñasquitos have shut down, and others could soon foflow.

In March, the Fallbrook Golf Course closed after being in business for 56 years. The owner said earlier this years that course revenue sunk to about $500 a day, which barely covers the cost of its ground crew.

San Diego city-owned golf courses are financially different, according to a report from the city’s audit committee. The report found the Balboa Park and Mission Bay golf course lose a combined total of $2 million annually, while the third city-owned course, Torrey Pines, turns a $6 million profit because of its popularity with tourists.

Three years ago, Oceanside brought in new managers to run its second municipal golf course, the former Center City Golf Course near Oceanside Boulevard that had become blighted and rundown.

The new company — run by longtime North County businessman John Ashworth and his partners David Emerick and Geoff Cunningham — quickly started on $3.6 million in improvements including a revamped clubhouse and new golf carts.

The name of the venue — which most locals years ago dubbed “Goat Hill” — was officially changed to Goat Hill Park, with a motto of “world class, working class.”