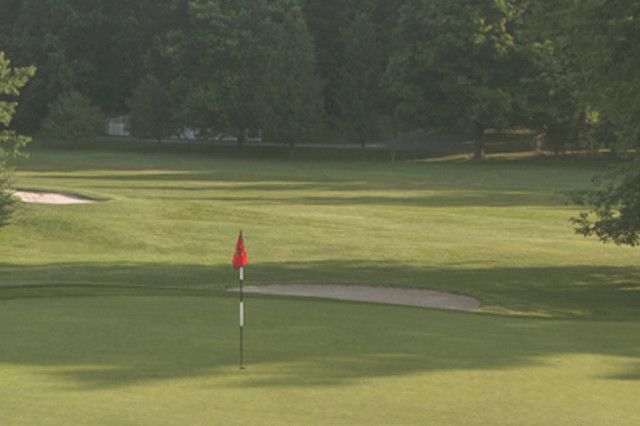 A beloved 118-year old golf course in Dutchess County will undergo extensive upgrades and changes before it’s set to open in the spring.

Dutchess Golf Club has been in operation since 1897 but it has been mired in turmoil since the club’s ownership switched to the mortgage holder, Rhinebeck Bank, in November 2012, was sold in November.

In addition to renovations to the course, club hose and banquet hall, the longtime private course will become semi-private, with opportunities for public play.

Anthony Bacchi, who owns The Lazy Swan Village golf and Country Club in Saugerties, took ownership of the Route 9 property, including its course, banquet hall and proshop on Nov. 18 from Dutchess Golf LLC.

“We’re very excited about having a new owner,” said Theresa Stark. Stark and her husband, Rick, both which have been members at Dutchess Golf since 1994, though the new semi-private status will be a change for members. “What we hear is that it’s going to be semi-private. We don’t know what that looks like or is going to look like.”

The club is now accepting new memberships and reservations for use of its banquet hall. Membership will be semi-private and the packages will include full, family and weekday, to name a few. The general public and guests will be able to play for a fee.

The course, which has expanded from a measly 9-holes to a full 18-hole loop in 1922, includes President Franklin D. Roosevelt as one of its former members. It also has been a regular home to various Dutchess County Amateur tournaments.

Since 2012, when members first decided not to continue making mortgage payments and ownership of the course transferred to Rhinebeck Bank, it has undergone multiple management changes. After first enlisting a management group, Affiniti Golf Partners, in 2013, management duties transferred again in 2014.

Mike Chianelli served on the board at Duchess Golf. He is also quite unsure what to expect now that the club has been sold.

“We’ll sit back and see what takes place — what transpires toward to future,” Chianelli said. “It’s got such a storied history. What the future is going to hold is something I don’t know, but hopefully the history is preserved. It’s a high-quality golf club that I happen to be partial to.”