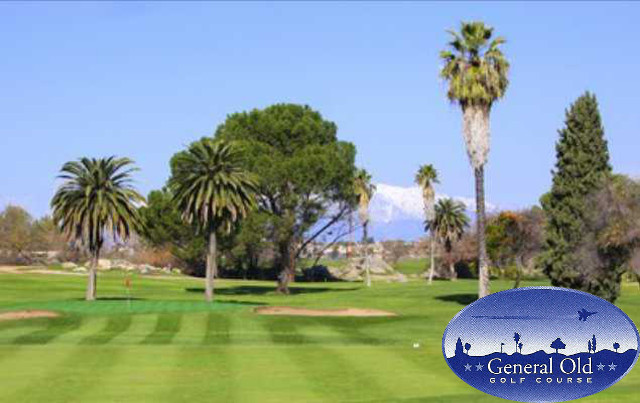 Since General Old Golf Course opened in Riverside in 1955, it was a popular recreation spot for military retirees and later an affordable tee time for civilians when it became public

For many years, comedian Bob Hope hosted celebrity tournaments there that included guests such as Frank Sinatra, Dean martin and Desi Armaz.

However, the 18-hole golf course’s days could finally be numbered.

March Joint Powers Authority, its owner, is considering a plan to build 1,6600 homes on about 30 acres that include the golf course.

The agency,which took over the golf course from the military in 1996, is negotiating with the Lewis Group of Companies of Upland on a development agreement. Format plans could be submitted in the coming months.

Last year, the authority – which oversees former military land around March Air Reserve base – entered an exclusive negotiating deal with the company after it was the only one to submit a proposal.

Change in plans
Originally, the plan called for reconfiguring the golf course while building about 670 homes on 136 acres around it. A letter in October 2014 from the company promised “a more memorable golf experience” while keeping the existing 18 holes.

However, as the developer and agency officials further discussed the proposal, they determined that redeveloping the golf course would be expensive and reduce the financial value of the homes built, according to minutes of a presentation presented last year to the board.

“Perris Mayor Daryl Busch, chairman of the Joint Powers Authority Board said, “The problem we had is that golf course has become quite a burden financially.”

He cited water costs from the drought.

Agency officials said the golf course has lost $500,000 since 2008, and upgrades that could attract more customers would cost $6 million to $9 million.

he agency would get $15.55 million for selling the property plus a one-third cut of the surplus profits from the project, the agreement states.

Randall Lewis, a principal and one of the owners of the company, said the location is good for a housing proposal because of its easy access to I-215. The project would be made up of single-family homes selling in the $300,000 to $400,000 range.

“We’re excited about it and we’re going to do a high-quality community,” Lewis said.

The proposal represents a change from the agency’s mission and practice of pursuing mainly industrial and business projects that create jobs.

Busch said agency officials were drawn by the company’s track record, calling Lewis “one of the best developers in Southern California or probably the state.”

Though a final decision hasn’t been made on closing the golf course, “that seems to be the direction it’s heading,” Busch said.

Sue Cloonan, general manager of the course, said customers have started to ask about its future. “They’ve heard and their not happy,” she said. “They feel like they’re losing a little bit of history. The golf course has been here forever.”

Cloonan said the number of daily customers can vary from 100 to 250. The course is used by many high school and college teams.

The Inland area has been several golf courses close in recent years.

They include Riverside Golf Course, Quail Ranch in Moreno Valley, El Rancho Verde in Rialto and Mountain View in Corona. Paradise Knolls in Jurupa Valley plans to close soon and Moreno Valley Ranch close last summer, though its new owner has announced plans to reopen it but with nine fewer holes.

The project, if built, would be the closest residential community to the base, raising concerns among some about what that might mean for March.

“Encroachment and noise complaints are the No. 1 issue that shut down bases, so we need to be careful how we develop around the base because March is a $600 million economic engine,” said Jamil Dada, a Riverside business leader and president of the March Field Air Museum’s executive committee. “We cannot afford to lose that.”

Both Busch and Lewis say they don’t expect the project to affect base operations. Future home buyers will have to sign disclosure statements that they’re aware of noise and other impacts from the base, Lewis said.

“It’s been vary clear from day one that nothing happens at this property that could be detrimental to base operations,” he said.