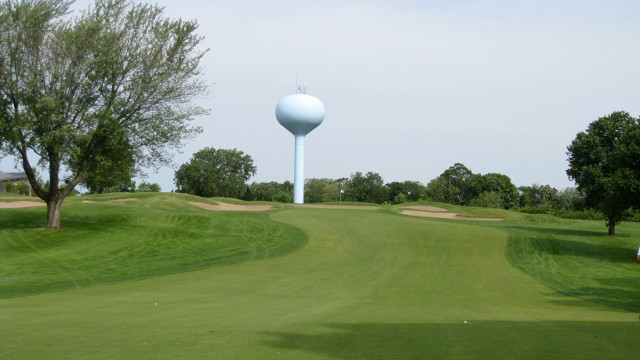 Being a member at Hazeltine National Golf Club in Chaska won’t get you a tee time for the next month.

As of Tuesday, the 7,674-yard golf course has been opened for the exclusive use of the Ryder Cup team.

With the USA vs Europe Ryder Cup matches in just over three weeks away, all golf on the Hazeltine course has been suspended to protect course conditions.

“That’s from now until the end of the Ryder Cup,” said club pro Chandler Withington. The competition will be from Sept. 30 to Oct. 1. “The only exceptions are the players, and the captains, and if they wanted to bring someone else along to play the course with the, they would be allowed.”

For the past few weeks, club members had been relegated to hitting balls of mats on the course to eliminate the creation of divots. Such inconveniences aren’t new to Hazeltiine members. The course, which opened for play in 1962, was founded with the explicit mission of hosting national championships.

By Sept. 26, both 12-man teams, as well as their captains and co-captains, are expected to be on site, playing the course.

But it’s unclear how much traffic it will get before then. Most European players have said they don’t expect to visit the course in advance, and none has said they will come.

Meanwhile, U.S. Captain Davis Love III has said he and his vice captains will make themselves available to play the course with American players who want to check it out. But it’s unclear how many will.

Throughout the summer, the course has been transforming from green links to something resembling a metropolis with fairways and greens interspersed – the necessary infrastructure to accommodate the tens of thousands of spectators, corporate function attendees and media expected to attend. The big pieces of that infrastructure – the buildings, roofs and bleachers – are all but completed, according to Withington, with much of the current work consisting of finishing of spaces: carpeting, furniture, signage and corporate logos.