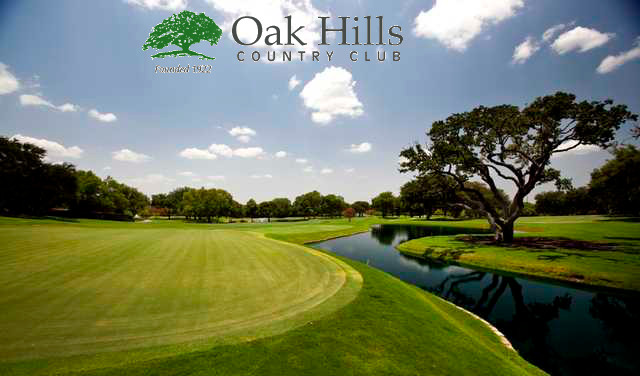 The historic but ailing Oak Hills Country Club sold 10 acres of land near its clubhouse to a partnership linked to a national multifamily developer in order to raise money for improvements to its golf course.

The country club sold the land to CRP/AR Oak Hills Owner LP, an affiliate of Phoenix-based developer Alliance Residential Co., according to property records. The deal closed on Tuesday, September 27. The land, close to Louis Pasteur Drive next to the South Texas Medical Center, is zoned for multifamily development with up to 33 unites an acre.

The purchase price was undisclosed, but the partnership borrows $29.5 million from Frost Bank, according to the deed.

Oak Hills is the second local golf club to pursue a land sale recently. Earlier this year, a developer was under contract to buy the clubhouse at Quarry Golf Club. It planned to put in an upscale apartment complex with 222 units Like Oak Hills, the club planned to use the money to improve its course and build a better clubhouse.

But Quarry Golf Club has decided not to sell the land due to opposition from residents of nearby neighborhoods, said Sid Greehey, who is in a partnership led by his father, former Valero CEO Bill Greehey, that owns the club.

The club won’t sell the land to a developer any time soon, Greehey said. He said his father will “more than likely” fund the improvements himself.

“We don’t really want to fight with people,” he said “We’ll keep the golf course like it is for now.”

Oak Hills shareholders approved the sale of 13 acres of land in January to fund multimillion-dollar renovations including improvements to the golf course, clubhouse and other facilities. The Alliance Residential partnership bought 10 acres, and the golf club mapped another 3 acres earlier this month.

At the time, President J. Scott O’Brien sent a letter to shareholders explaining the club had been operating at a loss for the last nine years and had $3.5 million in debt. He noted that he considered its operating model unsustainable.

“Honestly, I wish these was a feasible alternative but I don’t see one,” O’Brien wrote in the letter.

Alliance Residential is involved with at least seven apartment complexes in San Antonia, according to its website, but it isn’t clear whether the firm owns or manages them.

Many local golf clubs have struggled financially in recent years due to declining numbers of players and the economic situation in the country. In 2013, the Woodlake Golf Club on the Northeast Side came under new ownership after the San Antonio River Authority moved to foreclose on it to collect unpaid water bills.

“Your younger generation, they don’t want to play golf,” Greehey said. “They’d rather do stuff like Topgolf where you drink beer and play a game. Golf is sort of dying out now.”

He added, “Most millennials don’t have three hours that they can concentrate on.”

Oaks Hills was founded in 1922 as the Alamo Country Club and was designed by noted golf architect A.W. Tillinghast. It has hosted 34 PGA abd USGA championships, according to its website; Arnold Palmer won the Texas Open there in 1961 and 1962. Donald Trump held a fundraiser at the course in June.

The land sold by Oak Hills is next to the surging Medical Center area, which employs more than 55,000 people and could generate another 50,000 jobs in the next 30 years, District 8 City Councilman Ron Nirenberg told the San Antonio Express-New last year.