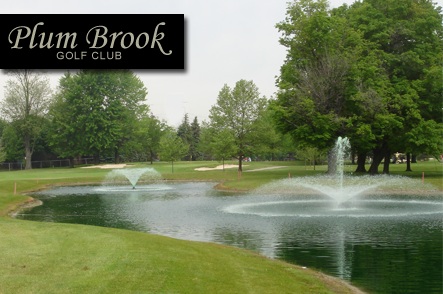 The incident happened about 7 p.m.at the public course on Schoenherr Road between 16 Mile and 17 Mile Roads when the golfer using the cart noticed smoke coming from the engine. He drove it to the cart shed to exchange vehicles, said Battalion Chief Mark Docherty.

The shed, which contained multiple electric chargers, quickly became engulfed in a huge ball of flames, according to some witnesses.

According to Docherty, about 15 firefighters responded to the blaze but they were pulled back as the walls collapsed. Within 30 minutes, fire crews had the blaze under control.

Golfers finishing up their games on the course notice plumes of dark smoke coming from the shed, but didn’t know what was happening.

After extinguishing the flames, firefighters disassembled some of their equipment to allow Sterling Heights public works backhoe operator Jim Stepp and road supervisor Ken Swartz onto the grounds to remove some of the debris and allow fire crews to check for lingering hot spots.

Sterling Heights Police shut down 17 Mile Road west of Schoenherr for several hours as fire trucks had been parked in the roadway while the incident was going on.

Clinton Township firefighters were called in to man the Sterling Heights station for additional calls from the public while the golf course incident was being addressed.

Why Courses Are Aerated