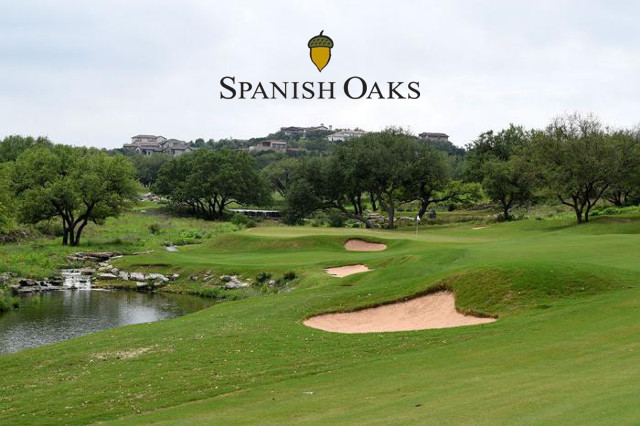 Bobby Weed Golf Design has been retained for some on-course upgrades to the golf course at Spanish Oaks Golf Club, a private club in Bee Cave, Texas, near Austin, in the Hill County. The course, which opened on October 26, 2001, is an original Bobby Weed design.

“Spanish Oaks is a growing club, an outstanding development with a young, vibrant membership and with fantastic amenities,” said Bobby Weed, president and CEO of Bobby Weed Golf Design. “The intent is to improve overall conditions on a more consistent level, and to accommodate future events and challenge the best players in the country.”

Spanish Oaks Golf Club is the site of the 2016 Texas Mid-Amateur, to be played Sept. 23-25. The club also hosted the 2013 Trans-Miss Golf Association Four-Ball Championship.

“What makes Spanish Oaks so special in Daniel Porter, its founder and chairman,” Weed said. “He is very passionate about the game of golf and the community at Spanish Oaks.”

“He’s always been a competitive golfer, having played college golf at the University of Houston,” Weed said. “He’s a successful businessman, but more importantly, he has had a great vision for this club and golf course.”

The renovation project at Spanish Oaks Golf Club includes work on the practice areas as well as on the golf course.

In the short-game area, bunkers have been added, the two greens have been enlarged and more hitting area has been added surrounding the greens, resulting in greater practice variety. The main tee on the driving range will be expanded, as will the tee area at the far end of the range. At the far end, an academy building will be constructed, with two hitting bays as well as another short-game area and putting area.

“When we finish, we should have some of the finest practice facilities of any private club in Texas,” Weed said.

On the golf course, Bobby Weed Golf Design is renovating every bunker, installing state-of-the-art subsurface drainage and new sand to allow the bunkers ti play more consistently and more firmly throughout the year. Some of the bunkers are being enlarged to restore them to their original shape, as over time many had grown in or edged out. Visibility of all the bunkers will be improved by raising the floors and lowering the fronts to where they were once.

Scot Hamilton, golf course superintendent, is overseeing the day-to-day improvements and coordinating with Cornerstone Golf and Signet Golf on the course improvement.